Normally, this excess goes away and I should return at or close to the 289 but still. It feels like two weeks a month I get NO progress.  So I really only have like 2 weeks if that to lose weight.

It’s really really OMG REALLY annoying.  Those two weeks really F with my mind.  But good news is the challenge is over that I had with my mom’s group.  Today I am only 2lbs from when I start but if you go by 17 days ago LMBO I had lost 13lbs.

Anyways, since the challenge is over once PMS hits I will not weigh in until after AF comes.  This way I don’t have to freak out lol.  I KNOW I WILL gain and I also know once AF comes I WILL lose.  But it still plays tricks on the mind so I would rather avoid the scale those days.

In the mean time I will just keep doing what I gotta do.  Hopefully in the coming months when I will be able to see a different doctor maybe, just maybe we will get some freaking answers. 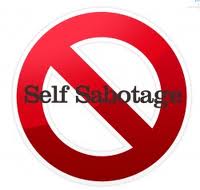 I know many say it’s easy… But for me, it’s not!  It’s hard work.  It’s hard to know what is working for you, your lifestyle, and your body.  Sometimes, I feel defeated when I do everything right and I don’t get anywhere.

I get annoyed when I see people surpass me doing far less.  I get jealous and won’t lie about it.  It’s wrong but it’s still there.  I then go into self sabotage mode which is stupid because it just makes everything worse and accomplishes nothing.

That’s how I feel.  The two weeks before AF are so bad.  My moods are everywhere, I am bloated, I crave crap, I feel horrible, I don’t want to work out and when I do it’s not even satisfying, I’m negative and just flat-out BLAH!

It’s annoying.  I hate it, I don’t want to be like this.  But man it’s so hard to change!  I have looked up things for PMDD most treatments I have found also require birth control which I can’t take.  But there has to be a solution somewhere.  I mean who can have one “normal” week a month.

Being a girl sucks sometimes.  Ugh…. Either way, it’s Monday.  My goal for this week is to not be so hard on myself! What’s your goals this week? 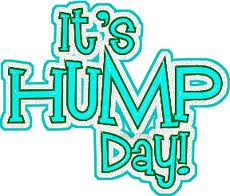 So yesterday I started to get alarmed that AF (sorry guys) had not come yet. I am normally like clock work but it had now been 3 days with nothing in sight.  Deep down I didn’t think I was pregnant, but I couldn’t deny the fact that a few weeks ago we had a condom break… Yikes! That’s never happened!

So yesterday M went to sleep early, I knew deep down this was bad!  But figured she would just wake up.  Well, she didn’t.  Not until like 1:30am in which she was ready to be up for the day!  So naturally, we got up and I turned on yo gabba gabba.  I thought that she was going to turn in and give me some more sleep since she seemed tired.  So turned everything off and went to the bedroom when all hell breaks loose.

Apparently, she wasn’t ready.  By this point D and I are both pretty awake despite my efforts to go back to sleep after he took over.  So we are up and he is fixing breakfast.  The question lingering am I or am I not started to really bother me.  With the meds that I am it’s important if I ever suspect it I have to find out right away!  So we both decided to just not wait any longer so at 4am I got a test and phew it was negative.  As much as I would love a baby, it’s just not the time for a ton of reasons!

So I weigh myself, and you should know that the scale is going down yay!  Hopefully this eating will continue to help.  I have been eating mostly meat, veggies and fruit.  No gluten.  So it’s been good 🙂 D left for work, and M and I fell back to sleep until 10am which I began work.  It’s a pretty lazy day.  Like any Wednesday rightfully should be!  Crazy morning to a relaxing afternoon.

Loving Life and Inspiring Others

Let everything that has breath praise the Lord

My life with Lipedema and Lymphedema...destined to be fat.

BE GOOD BE CREATIVE BE HAPPY

"I and I are taking control of our lives"